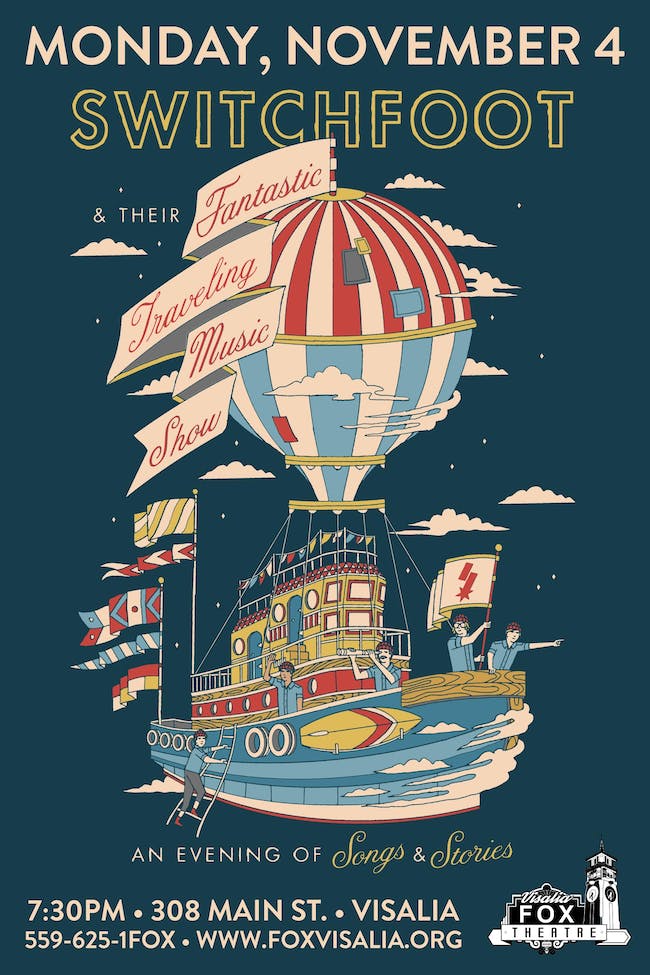 When asked about the fire that fuels their acclaimed live performance, bassist Tim Foreman says, “We don’t play all these different shows all over the world to JUST bring people together. We play these songs to show that all along we never were that far apart.”

With a career spanning over 20 years, 11 albums, a film and millions of tickets sold, the Grammy Award winning band, SWITCHFOOT is embarking on one of their most ambitious endeavors to date.

Grab your seats and get ready to join SWITCHFOOT as they set out on a quest, unlike any they’ve ever taken before.

SWITCHFOOT will perform not one, but two sets, back-to-back each night. It’s like having two SWITCHFOOT concerts in one evening, a stripped-down acoustic concert with untold stories and inspirations behind some of your favorite songs, and a full-blown rock concert to end the night. They will play the old and news songs, and promise to dive deeper into the catalogue than ever before.

This tour comes on the heels of the SWITCHFOOT’s much anticipated 11th studio album, NATIVE TONGUE and their headlining NATIVE TONGUE spring 2019 tour, selling out venues like the Ryman in Nashville and the Wiltern in LA.

Performing in only a few cities for a limited run this Fall, SWITCHFOOT & Their Fantastic Traveling Music Show will be a one-of-a-kind night you won’t want to miss. 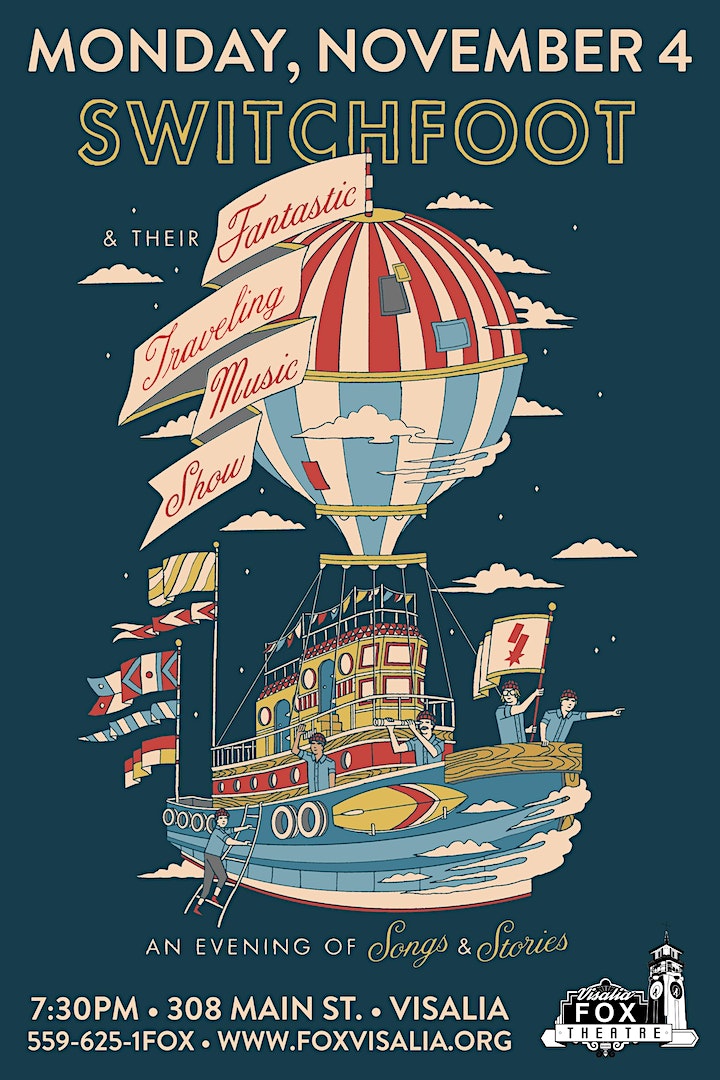